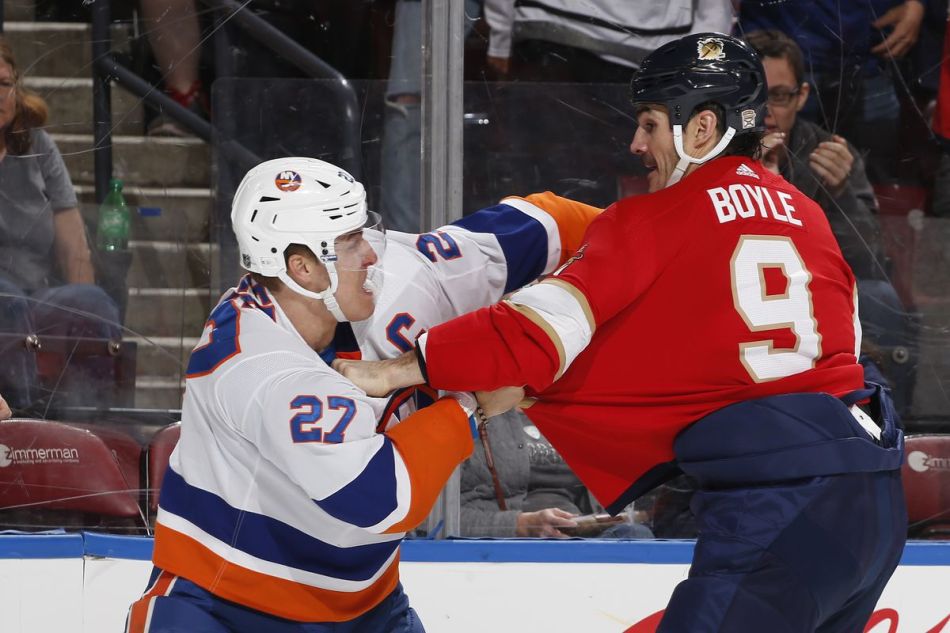 I’m a big fan of the Islanders top line of Lee, Barzal, and Eberle, but other than Brock Nelson, they kind of fall apart after that. Barkov is the bright spot of the Panthers lineup featuring a forward group that outpaced the Islanders offense, which was pretty atrocious this season. EDGE: Panthers

New York’s top pairing of Puloch and Pelech had a great season that largely went unnoticed nationally. Florida, on the other hand, has marquee names in Aaron Eckblad and Keith Yandle, but of whom can be expected to contribute offensively throughout the series. The key for the Islanders will be to protect their bottom pairing of Boychuk and Leddy, two players whose best days are behind them. Same guys, same. That being said, I prefer New York’s defensive style over the run-and-gun Panthers. EDGE: Islanders

The Panthers invested heavily in Sergei Bobrovsky who has shown in the past that he is capable of delivering an early round upset for his squad. Unfortunately for Florida he lost is game in the offseason. Maybe the restart will bring it back? Doubtful. New York’s Varlamov’s numbers are much better. EDGE: Islanders

What a matchup: Quenneville versus Trotz. I’m a big fan of both. Each seem to combine old school toughness with good player relations. Both have won Cups. They are 1 & 2 in active coaches for wins. But if my memory serves me correctly, Barry Trotz never grabbed his crotch while arguing with a referee, and that’s the kind of dedication you want in the postseason. EDGE: Slight edge to Q and Florida

Between the Islanders team defense and complete lack of offense, I’m expecting this to be a fairly boring series. If the Panthers goaltending can reverse course, they can easily take this series. But I’m betting on Islanders depth scoring and quality leadership from Notre Dame’s own Anders Lee. Islanders in 5.