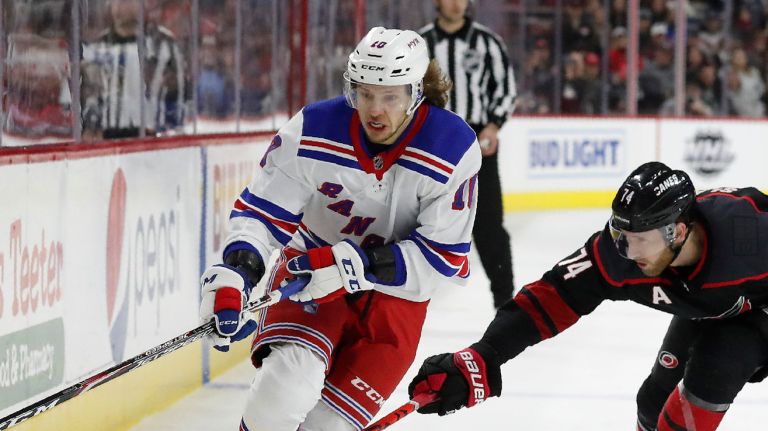 [**#PleaseLikeMySport WARNING!!**] In any other male sport, if the star player from a New York franchise had a legitimate shot at winning the MVP you’d be begging the talking heads to shut up about it. Does your typical sports fan (a.k.a. person who actually only follows football and basketball) even know who Artemi Panarin is? I blame the NHL. I blame NBC. But mainly I blame Moscow’s interference in the 2016 election, because it’s this Russian who should be dominating the American headlines. Oh, and he’s actually on the Rangers second line. While the Rangers seem to rely on the top 6, Carolina has better depth and a pretty darn good top line of their own with Aho, Tervainen, and Svechnikov. EDGE: Slight edge to the Bread Man (Breadman?) and New York

As of now, Dougie Hamilton is not playing for the Hurricanes. Not only is he a tremendous defenseman, he has the most Canadian sounding name imaginable. It’s a big loss for Carolina. The Canes are still in relatively good shape with Vatanen and Slavin. The Rangers, on the other hand, dressed Brendan Smith for 62 games. That’s a low blow and it’s not fair to the Rangers top 4, but I think I would still take each of Carolina’s pairings over New York’s. EDGE: Canes

Petr Mrazek is incredibly entertaining, a great competitor, and an absolute spaz. He tends to be very aggressive and can often get caught out of position. Sometimes his style can lead to shutouts, other games he might be giving up 5. The Rangers, on the other hand, could legitimately have HENRIK FREAKING LUNDQVIST holding a clipboard or *GASP* wearing a suit (obligatory picture to follow). That says more about how Lundqvist has lost his game than it does about the Rangers best option Igor Shesterkin or Alexandar Georgiev, but I expect Shesterkin to compete for, win, and keep the starting gig. EDGE: Rangers

Back when I thought Hamilton was going to suit up for the Canes, I put a nice little futures bet on them to win the Cup at +4500. I expect big things from the franchise in the next 5 years. Now I’m worried that a weakened Canes defense won’t be able to handle the top end talent of the Rangers. I’m going to pull a bit of a hedge here and say Panarin dominates the Canes goaltending, proving to be the difference: Rangers in 5.